While those of you in the Northeast are bracing for the rapidly approaching Frankenstorm, Seattle-ites are finally seeing some rain for the first time in a few months and I, for one, couldn’t be happier about it. 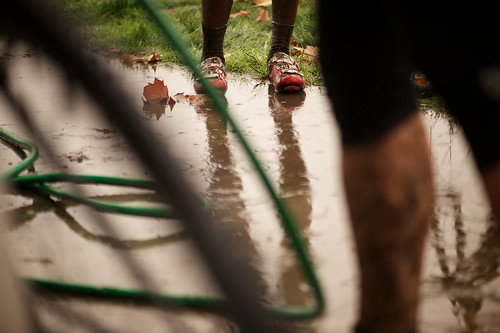 I mean, putting on a unicorn mask at a dusty 70 degree ‘cross race would just seem sad.

Whereas that same mask at 45 degrees and paired with Sorel winter boots is a precursor to winning your Old Guy race.

Jenni took 2nd in the 1-2 Women’s race and then doubled it up with a win in the SS ladies while Myers took 4 beer handups and still coasted into 2nd in the men’s SS race. All in all a good day for the Hodala crew. Head on over to MFG for more photos from the race.

Woodland Park is only a couple of weeks away and we’ll finally find out who will win the SS Cup and who will be wearing bikinis in December. Should be fun either way.

Here’s some photo randomness to help occupy your Tuesday morning.

I’d like to apologize right here up front to the three of you still reading this shoddily “curated” blog for the recent lack of content. I’ve obviously been negligent and this site is very nearly ready to move on to a younger, skinnier, “blogger” with bigger boobs. Let’s see what I can put together for you.

The ‘cross season is rapidly passing us by in the NW, and there are only 2 MFG races left on the calendar. These last two months feel like a blur of dusty, bumpy races punctuated by the occasional beer hand up. I’m admittedly terrible at this but sucking in dust every two weeks has left me feeling like a 2 pack-a-day smoker. Some of us are faring better and it looks like the men are generally putting 3 in the top 10 and 6 in the top 20 every week while the ladies have have 2 in the top 10 of the overall series despite missing a significant amount of races. Unfortunately, the revised SS Cup rules seem to be working against us at this point and in all likelihood we’ll be donning bikinis in December to wash either Stanley’s or Alki-Rubicon’s bikes. Not that we’ll mind all that much.

Here’s a little preview for you of Nat without any pants on (again).

Craig’s angry about it.

Speaking of Craig – the USGP recently announced that they’re including an official SS competition to the national title. We crowned Craig at the SS Cup party last year, and hopefully he’ll be able to defend that title for real with more pro racers coming into the field now that there’s something on the line.

Do you remember that Rapha Gentlemen’s race that some Hodala folks raced in for Greg’s Donkelope Bicycles team? Rapha recently released the video of the ride.

You can catch them descending for about a second at the 4:10 mark and then listed in 5th place overall at the end. So there’s that.

Have you heard of the Altius cycling team out of Richmond, VA? Yeah, me neither, but there’s something eerily familiar about their new kits.

If you’re in the market for some things that we’ve made with our logo on it, keep checking back into our site. I’ve mentioned this before but we really do have some fun stuff coming up. There’s a “collabo” project with All Hail The Black Market that should “drop” in the next week or so along with some new t-shirts and possibly some of our super fly new socks.

I promise that the image of the socks that’ll be in the store won’t have my hairy legs in it. I’ll apply some digital electrolysis or something. So when the time comes just click on that fancy new STORE button at the top of the page and all of your dreams will come true (providing that you dream of things that say Hodala on them).

Whew, 500+ words – that’s all that I’ve got in me for today. We’ll most likely have some shenanigans in store for Marymoor tomorrow so swing by the trailer.